You are here: Home Education

Broadcasters want to improve their voice for TV or radio so that they sound expert when speaking into a microphone. Finding the importance of voice modulation in radio broadcasting used to be simple; men tried speaking in as profound a voice as feasible, while women wanted to sound as if they’d just warmed up a pie. Today, such speech often sounds artificial on the air, making people suspicious of what is being said. When the TV or radio microphone is turned on, voice modulation involves sounding less like a newscaster and more like your natural self.

However, there are a few things you should keep in mind when modulating your voice correctly.

What exactly are they? Let us explore:

They don’t sound like announcers vocally. They all sound like they’re talking to you naturally as if they’re sitting next to you having a conversation, whether they’re reading from a script or improvising.

When you first started in the media, you may have fallen into the common trap of attempting to copy someone famous.

However, the time you spend wanting to sound like somebody would be better spent on voicing more like yourself.

On-air media superstars have an organic ability to communicate. Being natural begins with wanting to sound natural, not imitating someone you admire. In recent years, all aspects of broadcasting, including vocals, have become less formal.

Pay Attention to Your Voice

Listen to yourself to develop a natural-sounding voice modulation for broadcasting. Record a talk with a friend and compare the results to how you sound on the air. The tone of the voice is what you need to hear. Highs and lows in phrasing, speed, and emphasis characterize a conversation. Often too, a broadcast voice comes across as flat, especially when reading lines. A vocal delivery with a repeated punch sounds more lyric because the pitch rises and falls at the same rate in each statement.

Here’s an exercise for you: Set aside a storyline that you might read on the air. Now, instead of using a script, monitor yourself saying the very same information to a friend. That is the type of vocal delivery you need on the air.

One of the most pleasant spoken persons on TV and radio are generally reading scripts written by others, but it doesn’t mean the version can’t be tailored to your vocal training style. Often it’s as simple as changing a few words. A news script that mentions the state improving “transport network” will sound like a legal document on the air, regardless of who reads it. Replace the administrative jargon with “roads and bridges,” and the information becomes much easier to follow and deliver.

You won’t be able to improve your voice modulation skills immediately. It takes a lot of practice to get to the point where you’re so at ease on-air that you can’t seem to help but tone like yourself. Record yourself improvising while reading from a script. Ideally, you should sound the very same, because the finest media professionals can switch between the two without switching their broadcast voice.

Confidence is perhaps one of the most critical parts of delivering a speech! Nothing conveys this more clearly than your voice. Many people are nervous about public speaking, and almost everyone has seen that one man who froze up on the stage and couldn’t say a single word!

Voice modulation is an important aspect of the most powerful tools in your weapons when delivering a speech. This not only conveys confidence, but also aids in persuading your audience of your opinions or ideas. This is the authority that voice modulation has over people! To become a magician public speaker, one must first master the art of voice modulation. 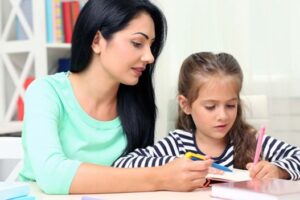 14 Test-Prep Tips to Teach your Child 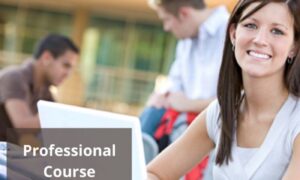