You are here: Home Apps

The demand for Android and iOS apps is increasing at a significant pace. Hence, developers are very particular towards mobile frameworks, platforms, technologies, and databases to churn out exemplary products.

That’s not just the end of the story. With the increasing market for cross-platform and hybrid app development, the importance of such development frameworks is also on the rise. Developers and development companies are diligent in making the right decision at the back end to deliver products that can compete in the market.

In this blog, we will discuss different framework for mobile app development that are the best in their league. The market deems these frameworks better than the rest for their features and functionalities. If you’re looking for a framework that meets your needs, we will also offer a list of different products to choose from. By doing so, we aim to assist you in picking the framework that will meet you and your client’s requirements.

What is a Mobile Application Development Framework

A mobile application framework is a platform where developers can create software. The framework consists of software and tools, compilers, programming interface, and tools for debugging. It is the developer’s responsibility to develop the source code for the application and its framework. For such purposes, developers employ different elements for different devices.

One of the benefits of mobile application frameworks is that they help the developers handle basic or low-level tasks through reusable codes. This way, professionals do not have to waste time developing the application from scratch. Instead, they dedicate their time and attention to improving functionality.

There are different mobile application development frameworks available for developers to develop a state-of-the-art application. Each of such frameworks features different platforms and technologies that professionals use to create distinct applications.

Here, we will check out some of the frameworks for developing mobile applications. So, let us get right into it:

It is a native framework for platform-specific developments as it works for only one platform which could be Windows, Android, or iOS.

Web App Development Framework can access websites, regardless they use a mobile device or a computer. Web applications are programs that work online.

The life of a developer becomes much easier by working with Hybrid mobile app development frameworks. In this framework, code is written once and mobile applications are developed which can run on a lot of platforms with no extra effort.

Hybrid applications can run on both Android and iOS. Its code can also be reused for web applications and even for desktop applications. Making most of these advanced frameworks is done by developers and business owners which is useful for developing hybrid mobile applications more cheaply.

React Native is a framework of JavaScript for natively rendering and writing real mobile applications for Android and iOS. Many businesses have adopted React Native worldwide including Microsoft, Facebook, and Uber. By using this framework, developers can use the same codebase to create an application for various platforms and can also utilize this to use in their Android and iOS apps. The strategy is beneficial for saving both time and resources.

Flutter is a UI framework that is free and open-source and it is used for creating native mobile applications. By using Flutter, developers can build different mobile applications with a single programming language and a single codebase. Flutter makes the development of Android and iOS apps faster.

Software Development Kit (SDK) and widget-based UI library are a part of the Flutter framework. Different reusable UI elements are found in this library for example buttons, sliders, and text inputs.

Developers use a programming language called Dart for building mobile applications with the Flutter framework.

Kotlin is a framework which is developed by JetBrains for building Web applications. For providing an easy-to-use and idiomatic API and high scalability it makes use of coroutines. Any host which supports applications based on Java or Kotlin applications can be deployed onto that which includes Google Cloud Platform, Amazon Web Services, and so on.

It is an open-source UI toolkit and it is ideal for the development of modern, high-performance cross-platform apps for a single codebase. It is an open-source framework for creating hybrid mobile apps SDK. It uses the AngularJS framework and is wrapped in HTML5 and CSS. It also uses Cordova to access native device functions. Ionic allows developers to build Hybrid apps with amazing UI which acts like native apps and depends on a single shared codebase.

Developers leverage Xamarin as a tool for cross-platform application development. It assists engineers to share a greater part (up to 90%) of the code across other major platforms. Being a comparatively new tool, it is based on the Microsoft technology stack and already has a community of over 1.4 million developers. You can ignore the way Xamarin approaches mobile application development. The framework extends the .NET developer platform through tools and libraries that facilitate the development of apps for Android, iOS, tvOS, watchOS, macOS, and Windows.

Xamarin is used for cross-platform mobile application development. Across major platforms, it allows engineers to share up to 90% of code. As it is a new tool, it is based on the Microsoft technology stack. Over 1.4 million developers come under its community. When we are discussing the key approaches to mobile app development it’s impossible to ignore Xamarin. It outstretches the .NET developer platform with tools and libraries. It is extended for developing Android, iOS, Windows, macOS, tvOS, and watchOS apps.

Finding the best Software Development Service in us might be difficult for some people. If you want to develop a mobile application that differentiates itself from other competitors then you should take services from software development service providers. They will create the best mobile app for your business. 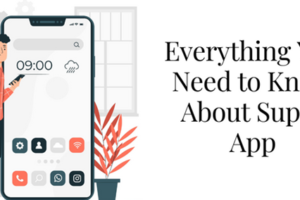 Everything You Need to Know About Super App 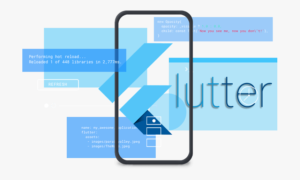 Why Flutter is the best mobile app development technology 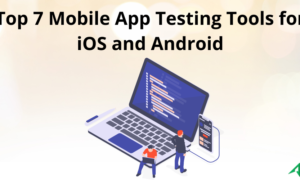