You are here: Home Web Design 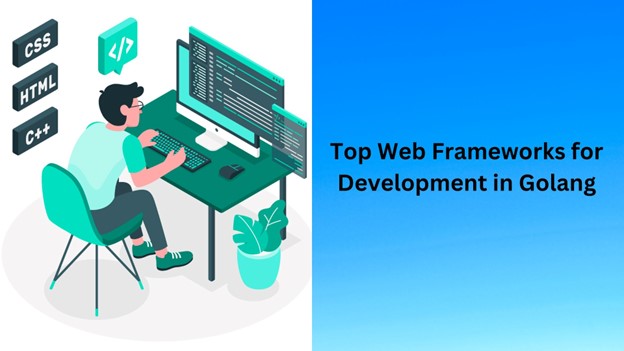 Golang, a new programming language from Google for web development, is said to simplify many aspects of app development, including the app release and app launch. Golang will mainly play an influential role in API development, API-based execution, and accessing web services.

The best thing is that Golang also offers plenty of superior frameworks to make the web development process more accessible. Here we will explain some of the best Golang frameworks that any learning web application development company will find helpful. But before that, we must spare a few words on introducing Golang and its new value propositions.

What new values does Golang offer to web developers?

First of all, Golang is also called Go, and it has been conceptualized and launched as a language to do away with the complexities of the codebases that Google over the years created.

Launched way back in 2009, Golang is the open-source language known for efficiency, scalability, simplicity, simultaneous development capabilities, and easy-to-read code. No wonder, Golang is now being used as a server-side programming language for all sorts of web projects including data-centric operations, gaming, cloud-based web development, and many more.

Here are the top Golang frameworks for web development.

It is an excellent framework for beginners just building a web app with Golang for the first time. Since it has great documentation available on GitHub and offers a whole array of valuable libraries, beginners find this a great way to initiate their first Golang project. The best thing is that all the APIs developed using this framework are several times faster than those built with other frameworks.

Goji is a great Golang framework with a low footprint and lightweight build.  If you are looking for a fast-paced web microframework that does a great job by using the potential of the Golang language, this is the ideal framework to rely upon.

Widely acclaimed for its efficiency and simplicity, it helps developers with everything they need for web app development. Goji is the framework that doubles up as the multiplexer of HTTP requests. Lastly, Goji works excellent when you need to integrate lean APIs.

Go craft is a widely popular Golang framework with many highly useful features and capabilities. Apart from the standard features, it offers a scalable and fast-paced routing service for web app developers. The framework also comes with an inbuilt middleware to make things easier when developers need to code for additional functionalities.

Any web developer looking for a robust Golang framework to build a high-performing web app is the ideal framework to opt for. Since it offers concise features targeting the most important requirements in such web projects, developers find it a valuable toolset to make their job easier.

Revel is a user-friendly Golang framework that even do not need time-consuming installation. Revel, for some time, continued to rise in popularity as a frontline Golang framework because of its coverage of most essential features and services that web development projects mostly need.

One of the crucial aspects of this framework is that it can be used without worrying about the configuration to the least. When you want to adopt a Golang framework that is extensible, customizable with third-party plugins, and requires the most minor initiation efforts, you can go for Revel with your eyes closed.

Web. go is one of the most popular Golang web frameworks known for its expressive tree routing system. Any web projec5 that needs a lot of routing will find the Web.go framework the perfect choice. On top of everything, the framework offers pretty useful features without making things complicated for beginners.

Apart from the ease of use and a lot of inbuilt components, the robust tree routing capability of the framework quickly makes it an excellent tool for many web application projects that rely a lot on routine.

Buffalo is the most comprehensive Golang framework offering almost everything we app projects across all niches. Buffalo comes as an ideal framework for any web app project requiring shortening the development cycle.

If you are looking for a Golang framework helpful in keeping a close watch on the files belonging to. HTML and .go it is the ideal option to choose from. Most importantly, this framework allows you to make changes to your core app project in real time without refreshing or reloading.

Beego is also a Golang framework that adheres to the Model-View-Controller (MVC) protocol and offers an array of highly useful libraries and a comprehensive code-changing tool. Segregated into as many as eight modules, it makes th8ngs easier for the developers to choose any module that suits their needs in a web project. The only downside of the framework is that it has a bit more learn8 g curve for beginners.

We have listed all the top Golang frameworks not just by their popularity on GitHub but also as per the value propositions they offer to web developers and the ease of use they ensure. Choosing your Golang framework based on the developers’ project requirements, experience, and expertise is always advisable. Remember, for any framework learning curve, the valuable features can just go in the opposite direction, and that’s why it needs a balanced evaluation before making the final choice. 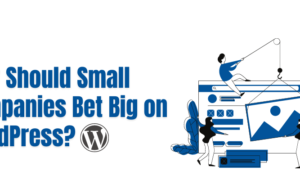 Why Should Small Companies Bet Big on WordPress? 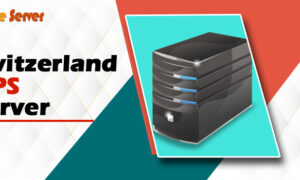 The Best Solution for Your Business is Switzerland VPS Server